I can relate to an opportunity in the early stages of my career that was extensively capitalized upon. In the year 2000, I had joined ABC as  “New Product Development Manager”. The challenging yet exciting mandate given to me was to identify viable opportunities in the retail (Business to Consumer) investor space. A credit rating agency, ABC had been more of an institutional (Business to Business) brand.

During that time I was myself exploring ways to invest my surplus funds in the equities. Since I did not want to invest directly in the stock markets, I consulted my colleagues about possible investments in mutual funds: UTI(1), a government run mutual fund came highly recommended. The fund would invest in equities and as yet provide a sort of unsaid guarantee of a 15% annualized return. I doubted whether that such commitments could actually be delivered. An extensive search for a credible agency, that would either rank or rate mutual fund performance followed, and yielded none. I also realized that there would be many other “retail” investors like me who would also appreciate such a service. I wondered if we could provide such a service and leave a mark in the retail market!

On researching further, it became evident felt that such a ranking/rating of mutual fund would not only be of value but would also stimulate development of the fund industry in India. However, the key question was whether we could develop a revenue model (to sustain the business) around it – the retail investor seemed reluctant about paying for such rankings. It was then the mutual funds that could help us monetize.  A unique “Pay for the use of Rankings” arrangement was thus conceived. (a) The rankings would be made public for the benefit and best interests of the investors (b) If a mutual fund sought to use such rankings in their promotions/advertisements, they would need to pay CRISIL.

The business plan was approved and “ABC Fund Services”  business came into inception. We launched ABC’s CPR (Composite Performance Rankings); the CPR being a “one of its kind” ranking method. It the only known ranking that combines not only the net-asset-value based performance but also the elements of portfolio quality (aspects like concentration-risk, liquidity-risk, asset-quality, etc.) into a single number. We went on to build a full-fledged business with various (allied) analytics, information and rating products centered on the CPR theme. Our alliance with XYZ for the annual “CNBC-ABC Inc.  Best Fund Award” brought to life a prestigious event in the industry.

Further on in 2004, a retired, aged gentleman walked into my office and complimented CRISIL for helping him make more informed investment choices. In 2001, he had withdrawn investments from UTI and invested in CRISIL CPR ranked funds. The “UTI Bubble” went bust in a while; he could have foregone a huge portion of his “lifetime savings”. It was my pleasure to see the positive impact of the CPR service and its contribution to the industry (over the last 5 years “assets under management” have grown 5 folds) 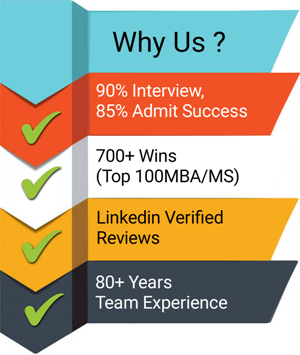